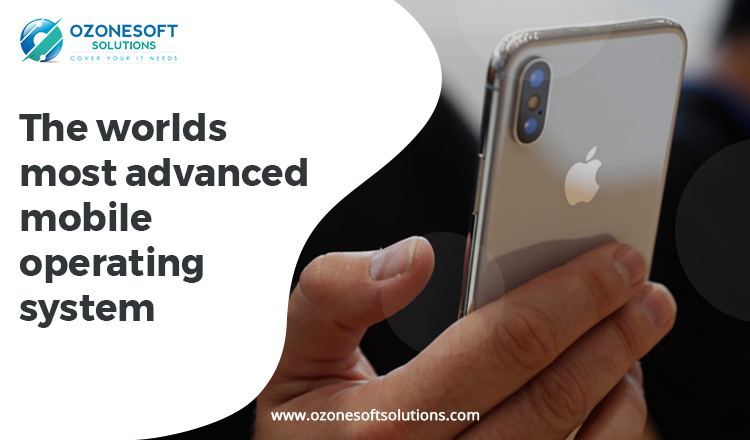 IOS is a mobile operating system created and developed by Apple exclusively for its hardware (iPhone, iPad and iPod Touch). In June 2010, Apple relaunched iPhone OS as “IOS”.

The user interface of IOS is based on direct manipulation using multi-touch gestures. IOS has four abstraction layers:

Apple is frequently updating the iOS versions and the latest updates of Apple on IOS versions is iOS13 beta 7.

Apple has released the seventh developer beta version of iOS 13 and iPadOS 13 (possibly alongside new seeds of watchOS 6, tvOS 13, and macOS Catalina) on15th Aug 2019. With lots of new features and they are:

· The optimization trend is further designed to be fast and more efficient in this version than in IOS 12.

· The application launching time is two times faster with download-able size by 50% and 30% faster in face recognition.

· By the introduction of streamlined, less obtrusive volume HUD which allows downloading apps of any size in LTE connection without untethering from wifi.

· Siri is updated with a new voice that sounds natural with suggested automation feature. And it supports Live radio. Siri allows users to instantly reply to messages.

· The Photo apps have added features of smart clutter-reduction software, a new editing experience, and a new “Photos” tab.

· iPadOS has updated the home screen with two windows open at the same time.

Apart from this, iOS has many advantages which makes it the best mobile operating system over other mobile OS. Let’s have a look over them.

IOS is uniform across iPhones and iPads, there is no user interface on top of iOS. The End result is cleaner and attractive on every iPhone. The latest software is easily available to the user.

The design of iOS apps is uniform and stylish. The best games land on iOS first. IOS app store always recommends for new apps, sales on games and costly apps and simple interface.

It offers consistent and timely software updates and security patches.

Face Time and iMessage are pre-installed on every iPhone and iPad, which is easy to connect.

Apple built up a great ecosystem of peripherals for its phones and tablets.

iOS is simple, easy to use, uniform across all iOS devices, less cluttered and more streamlined than other OS.

All these advantages make business persons to uses the IOS platform for their apps. And if you want to make your iOS app then we are here to help you from start to end.