Swift is faster than Objective-C 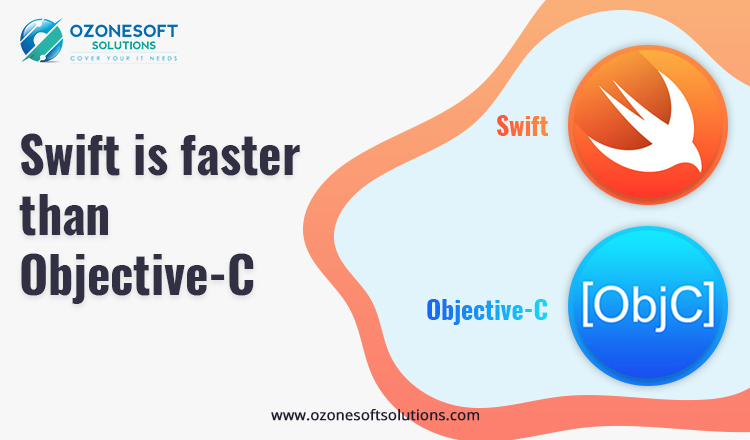 Let’s find out why–

Swift is a programming language that was first released by Apple in June 2014. While Objective-C is primarily known as the language for creating iPhone Apps, its development dates back to the 1980s.

The core of both programming language is the same but Swift has several essential features that Objective-C lacks.

After the introduction of Swift, iOS developers have started passionately arguing about which language is better. Among the general excitement about a new, easier way to build apps, there were sceptics, unsure if the world needed another transformative but forgetful technology.

Just in three years, Swift became the fastest-growing programming language in history. Regardless of that, Apple continues to support Objective-C as an alternative for old-school developers.

But which of these languages can both make developers work easier and provide a cost-effective solution for a business?

The main difference Swift vs Objective-C is in the way the code is presented. Here are few key differences:

Swift gets frequent updates and many ongoing growth plans, and the language receives great support.