How to hire an iOS developer 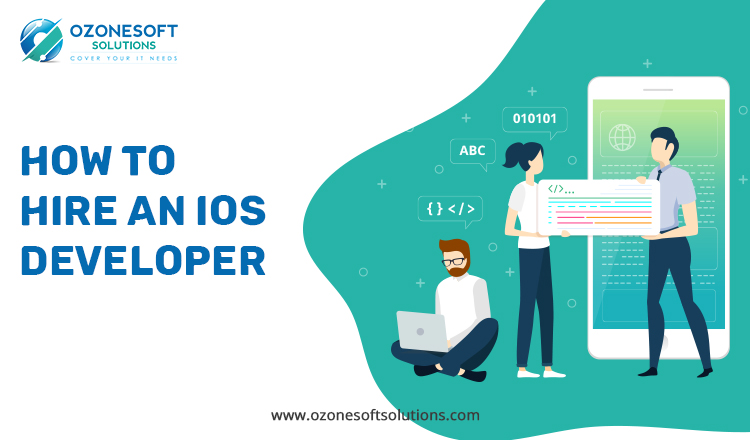 iOS is opted by developers from all over the world because of the simplicity of development and minimalistic approach to building an App.

So, when picking a platform to build an app you have only two choices: iOS or Android. These two covers almost the entire mobile OS market share.

Although Android has high market share still there is the tremendous army of user’s which developers and businesses simply cannot ignore.

Apart from that, iOS generates more in profit despite a smaller market share.

However, there are no fragmentation problems as the line-up of Apple devices is relatively small and all of them have a unified UI.

To build an iOS App, you will need to hire iOS App developer working with Objective-C or Swift or any other IDE.

Before moving on first understand the role and responsibilities of iOS developer:

· The role of iOS developer is it turns the specifications of a mobile application into a working and user-friendly product.

· Developers not only write the code but also, they take part at every stage of app development from planning and design aspects (wireframing screens, building UI) to testing and publishing the ready-made app to the App Store.

Brief of a key skill set that iOS developer must have:

· Experience with Metal or OpenGL;

· Knowledge of a Core Data framework.

Steps to consider before hiring an iOS developer:

1. Look over the portfolio:

The important factor to pay attention to. By checking the portfolio of a candidate or company, you can see their experience and expertise. What’s more, you can try out apps they’ve developed and evaluate the overall proficiency as well as their attention to details.

Experience is a vital factor especially when it comes to development. Consider not only the years a developer spent in writing code. But pay your attention to the number of projects this specialist was involved in rather than the time he/she works as a developer. Otherwise, you are at risk to hire a narrowly focused developer who has spent the entire career supporting one specific application.

The expertise means that the developer has already dealt with certain types of apps or worked on projects focused on a specific industry (e.g. real estate). It is a good choice to pay your attention not only to experience but expertise as well. To find whether a developer has the required expertise or not you can check the iOS developer portfolio or ask about expertise directly.

If your remote iOS developer is not physically present there then you have to establish a stable communication channel. Specialized software like Slack or Skype solves this problem. Discuss this point beforehand.

The job of iOS developers is very challenging as they cannot afford any mistake because Apple directly rejects apps for any small or large flaw. Hence, hire the best iOS developers to deliver excellent customer experience and increased return on investments.